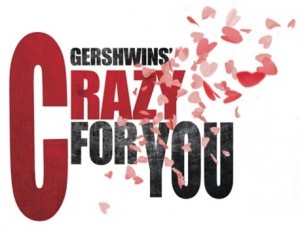 Music and lyrics by George and Ira Gershwin, book by Ken Ludwig (a co-conception with Mike Ockrent) 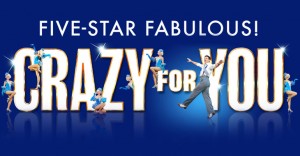 George and Ira Gershwin’s hit musical comedy is packed full of classic songs including “I Got Rhythm”, “Someone To Watch Over Me”, “Embraceable You” and “Nice Work If You Can Get It”. The original 1992 production won both the Tony and Olivier Award for Best New Musical.

Crazy for You, which received more five star reviews than any other musical in 2011, transferred directly into West End.

During its four-month summer season, Regent’s Park Open Air theatre becomes one of London’s largest, selling out its 1,200+ capacity night after night. This year, sound designer Mike Walker once again drafted in the talents of the TiMax2 SoundHub audio delay-matrix, and for the first time, TiMax Tracker automation, to simplify the control task and help counter what Walker sees as the “two fundamental audio problems in open air theatre”.

The dramatic medley in 2011 included Lord of the Flies, the intense Beggar’s Opera (with a children’s version of Pericles running concurrently under it during the day time), and the light and entertaining Gershwin musical Crazy for You.

Walker explains the one common factor driving his sound design for this diverse mix of performances: “It’s about pulling focus really, so what they see and what they hear as a member of the audience – they believe it.

“To do what we’re doing in this space, you really need a delay-matrix like TiMax, but what we learned last year, using just the TiMax SoundHub with a very staged piece rather than a choreographed piece, was that it might be quite tricky to do it with people dancing around; so this year TiMax Tracker became a necessity too. We used [the TiMax system] for this one specific job of focus and realism – I like to keep things simple because when we’re not, we’re getting in the way – and if we get in the way, the audience won’t believe it.”

The essential open air nature of the auditorium and lack of roof dictated that the speaker set-up comprised just a few front fill loudspeakers, a row of delays and some larger cabinets in the virtual proscenium arch left and right positions, which also handled the band. TiMax addresses this ‘not at all ideal’ positioning by defining localisation zones on the stage – left to right, as well as upstage and downstage – which are then mapped via its delay-matrix onto the multi-channel Opus Audio loudspeaker system. This creates accurately localised sound reinforcement which ensures all audience members relate directly to each performer’s stage location at any time. Walker stresses the necessity: “In Act One and matinees where lighting cannot help, only audio can give you a clue as to where people actually are. The vast open stage is such an expanse that you HAVE to pull focus.”

This year’s use of TiMax Tracker lessened the dynamic restraints of previous years where TiMax had been used on a cue-by-cue recall basis, as it was also used on Jerry Springer: The Opera, for which Walker received an Olivier Award. He agrees: “This year, Lord of the Flies, which was staged on a multi-level set rather than choreographed, was theoretically quite predictable as to where the actors were going to be – or so I thought at the time! The actuality is that the actors moved around quite a lot and we were struggling to keep up with where they were.” Walker added: “[TiMax Tracker made the performance] more natural and just easier, because you can just keep refining and refining it.”

The TiMax set up for the theatre’s summer season – with initial on-site assistance provided by Out Board’s Robin Whittaker – was straightforward even with two shows in rep: Beggar’s Opera and the children’s version of Pericles. “The fact that the shows were in rep. caused us no problems, we simply created a set-up that served both shows. The scenery for both had to coexist and so we treated the sound design similarly. The scene changes for Pericles and Beggar’s Opera may have seemed considerable but the fundamental format or footprint didn’t change.”

The success of Walker’s approach is just to keep things clean and simple: “It is very straightforward. It is all about quality. All I want to do is take the sound of the performer and recreate exactly what they’re doing. I try to not get in the way of anything: it’s all about making it sound like the person and making sure that everyone in the theatre can hear the appropriate sound at the right time.”