Music and Lyrics by Stephen Sondheim, Book by James Lapine 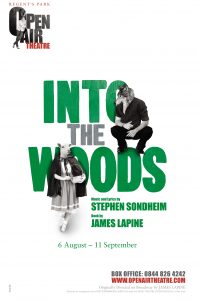 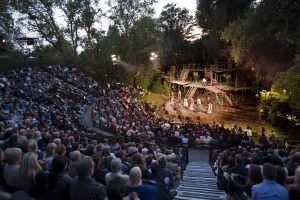 This production was staged at the Open Air Theatre in 2010, which marked Stephen Sondheim’s 80th birthday. Into the Woods takes the stories of the Brothers Grimm and gives them a dark and humorous twist. The Open Air Theatre creative team used the magical, natural surroundings of the theatre to bring the fairy stories to life. At the time it became the highest grossing production in the history of the theatre, and earnt two Olivier Award nominations, winning Best Musical Revival.

The Giant was voiced by Judi Dench, which was recorded in her garden one July afternoon onto DAT before being transferred into QLab. 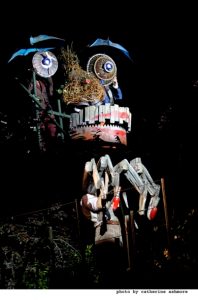