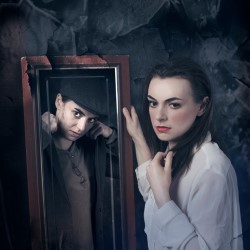 by Manfred Karge (originally entitled Jacke wie Hose) and adapted by Alexandra Wood. Played in the Weston Studio (WMC) in Cardiff from 19th to 27th March, with the role of Ella played by Margaret Ann Bain.

The production transferred to Edinburgh Festival at the Underbelly Topside, where (after a Guardian five-star review from Mark Lawson) it played to sold-out audiences throughout August.